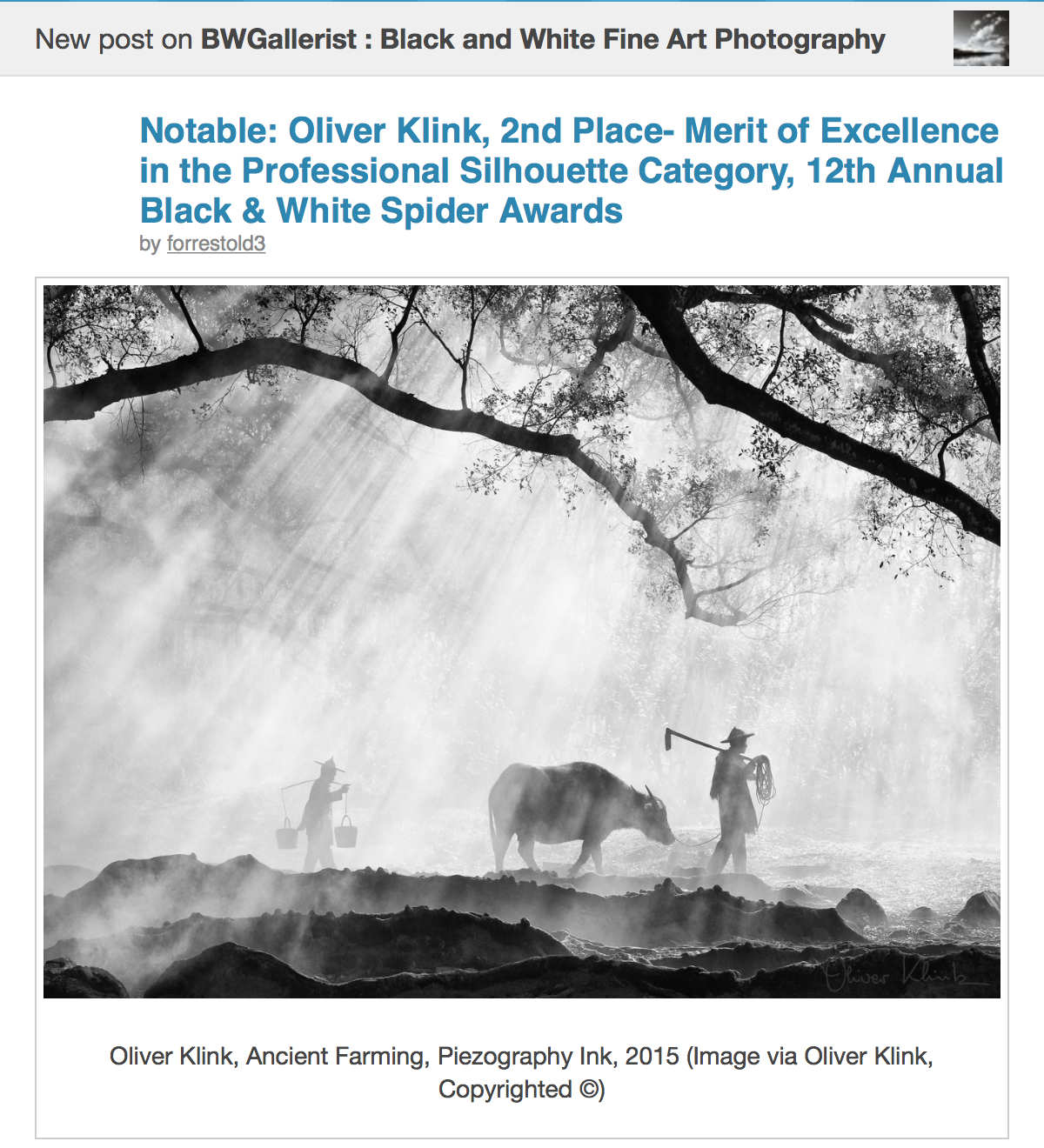 We are happy to announce that our friend Oliver Klink has won 2nd Place-Merit of Excellence for “Ancient Farming” in the Professional Silhouette Category during the 12th Annual Black & White Spider Awards. The Spider Awards is an annual international award competition honoring the best amateur and professional images in black and white photography. Klink’s “Ancient Farming” was creating using the digital printing process Piezography. The image was photographed in China in 2015 and is a part of Klink’s larger body of work titled “Consequences”.

The transition from a pre-modern or traditional to a modern society is frequently described as modernization. Modernization has had the consequences of diminishing the relevance of old world customs, rituals, familial and social relationships.

“Consequences” addresses the current threats to natural and cultural diversity, sites where modernity, tradition, and wild lands collide. It is an elegy for what is vanishing and a celebration of those cultures on the fringe of modern society resilient enough to maintain their vibrance.

As we drift toward a blandly amorphous, generic world, as cultures disappear and life becomes more uniform, we as a people and a species, and Earth itself, are deeply impoverished. The images take the viewer on a roller coaster ride of aesthetic of disappearance, with hope that the fading traditions are not permanent and irreversible.

Congratulations again to our friend for his achievement. For more information on Oliver Klink and his work, please visit Oliver Klink Photography.