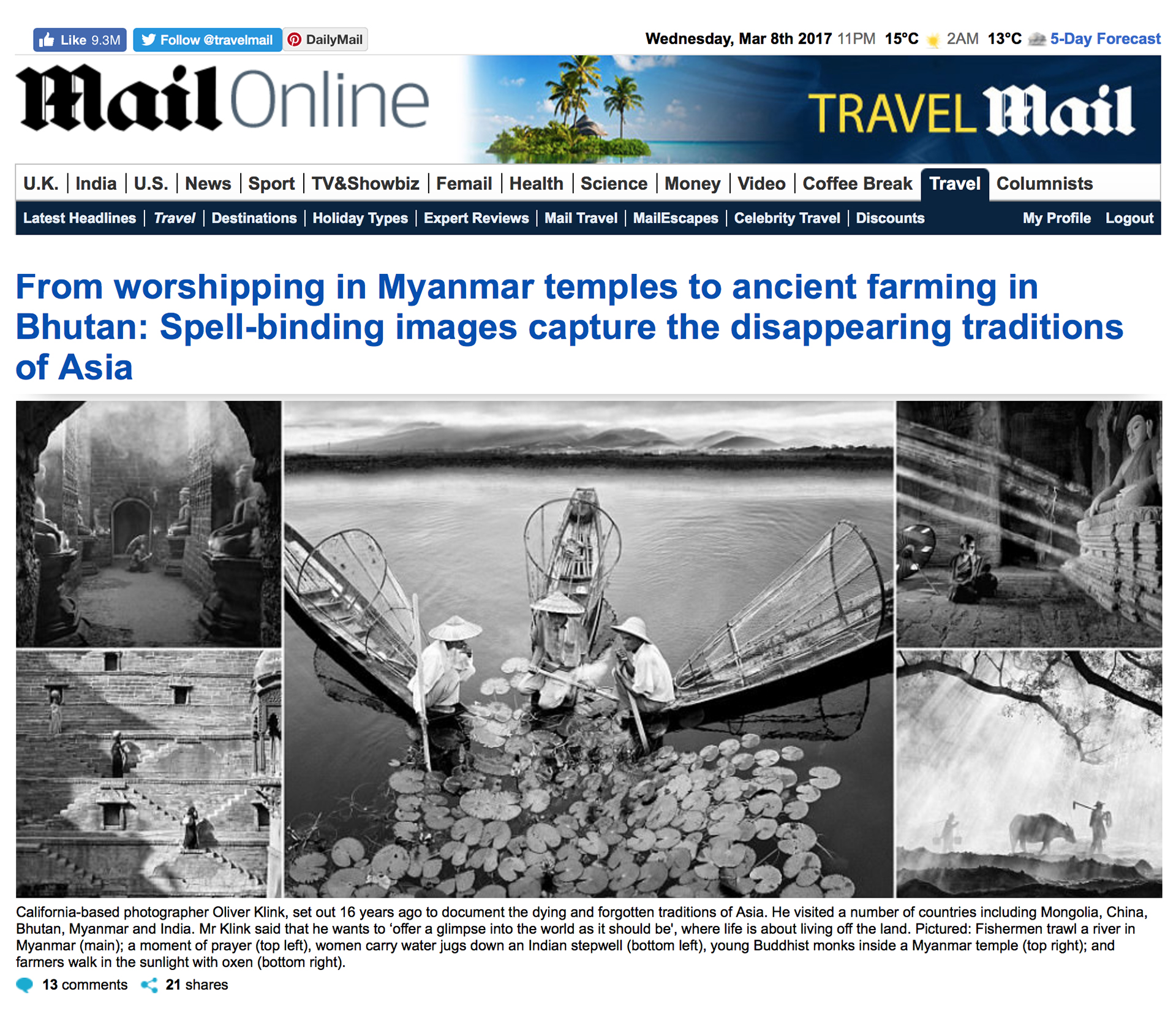 From worshipping in Myanmar temples to ancient farming in Bhutan: Spell-binding images capture the disappearing traditions of Asia

By Sadie Whitelocks for MailOnline

Countless traditions silently slip away, drowned by a new wave of thinking.

But in a bid to capture historical conventions before they’re lost forever, one photographer has been busy at work documenting them in a powerfully poignant way.

California-based photographer Oliver Klink has spent the past 16 years travelling across Asia to countries including Mongolia, China, Bhutan, Myanmar and India before the rise of modernisation takes hold.

Shot in black and white, the photographs show a simple life, with no technology in sight. One candid image shows a woman looking towards the camera with tattooed tribal lines covering her face and a straw hat on her head.

Another powerful photo captures two young children taking part in a ceremonial procession. They are seen wearing traditional feathered headdresses and embellished outfits as they are paraded through the streets on wooden horse-like beams.

Klink, who was born and raised in Switzerland before relocating the US, says it is his goal to ‘make the viewers dream’. He adds that he also wants to ‘offer a glimpse into the world as it should be’, where life is about living off the land not checking the next email.