Oliver Klink’s image has been selected for the 2nd year in the row as People’s Choice award by Black and White Magazine. “Ancient Farming” is the selected image.

Two other images (Canada Lynx, The Ballerina) are featured in the magazine (Issue 125) to be released in newsstand in early December. 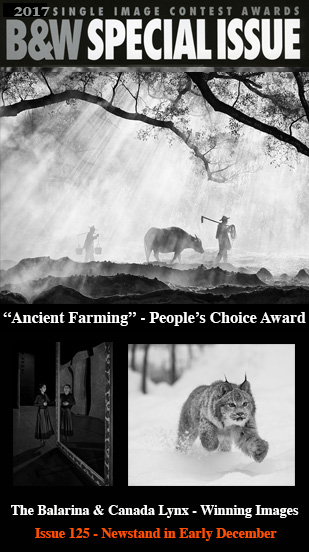 Additional information about “Ancient Farming” can be found here.

“Ancient Farming is a special image to me. I photographed the ancient tradition of farming in Xiapu, Fujian province, China”. My grandfather was a farmer in Switzerland and I remember vividly the arch life he lived. Watching these two old men in China reminded me that some places still value traditions or have not been inundated by the modern world. The image is part of a larger project, titled Consequences.